The U11A Girls were crowned IAPS East Hockey Champions yesterday after an eventful day’s hockey played at the College. Having won at the County Championships the week prior, the girls were confident, but knew it would be a much tougher affair – not only as there were a wide variety of schools in attendance, but also due to being drawn in a challenging pool.

It was safe to say the girls didn’t get off to the best of starts, going down 3-1 to Langley Prep at Taverham Hall, and then drawing versus Perse Prep – two opponents who got the better of FCPS at the College Tournament two weeks earlier.

However, the girls sparked back into life versus Witham Hall, a side who FCPS had played prior to and during the Oakham Tour. They started to play the hockey they knew they were capable of, and recorded a 2-0 win, and ultimately what sparked a real turn in momentum throughout the day.

A win versus Bedford Modern Prep would guarantee 2nd in the group, and a Quarter Final in the Cup Competition, and the girls delivered once again, winning 2-0 against a resolute BMS. FCPS would then go on to face Littlegarth in the quarters.

After a lengthy lunch break, the girls begun the afternoon’s play, and after a sluggish start, came from behind to book their place in the semi-finals, and move one step closer to booking a spot at the National Finals.

Bishop’s Stortford College were the side between FCPS and a place in the Final, and the girls turned on the style and produced their best performance of the season to date, winning 5-0, and crucially, a spot at the National Finals in November.

Although, their job was not finished, and familiar opponents in Orwell Park met FCPS in the Final, which was a repeat of the County Final a week ago. Determined not to start as slow as they did in that game, the girls took the lead midway through the first half, and a sound defensive performance meant the girls finished the day as East Champions.

FCPS will go to the National Finals, held at Rugby School, on Wednesday 21st November, as East Champions. A big thank you from all of the girls to all of those that made yesterday possible, it was an amazing event and it wouldn’t have run a smoothly as it did without a lot of hard work from certain individuals behind the scenes.

More photos from the day’s action: 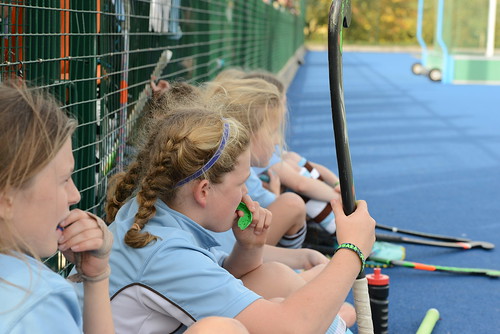