We visited Kerr Farm, ROARR! Dinosaur Adventure, Colchester and Banham Zoos, Framlingham Castle and Mere, Wroxham Broads, Pensthorpe Natural gardens, the Green Britain Centre and Sizewell nuclear power station.  At school we had a spectacular visit from the ‘Lion Learners’ animal show. All of our pupils from Nursery through to Year 7 got up close to a menagerie of animals from chinchillas to Coral snakes and a tarantula called Princess fuzzy boots whilst Mark Thompson enlightened pupils with his ‘Spectacular Science Show’ which had plenty of ‘don’t try this at home’ factor.

Year 5 learnt how to life save at the Framingham College pool and the importance of water safety was reinforced by a visit from the RNLI who focussed on beach safety. There were river studies undertaken on the Deben, Incredible Hulk hands made from kitchen chemicals, dinosaur bones excavated, butterfly symmetry studied, beeswax candles made, owl pellets and pigs eyes dissected and colourful slime created. Year 6 had a fantastic afternoon at Framingham College, hosted by members of the Science department, where various activities from Forensic science, firework colours and collapsing cola cans were undertaken.

The highlight for our Year 7 pupils was a trip to iFLY to study the physics of flight and have the chance to indoor skydive – a truly memorable experience that brought their forces topic to life.

A fantastic week that truly inspired our scientists of the future!

Click on the photo below to be taken to all 1300 photos taken during this amazing week: 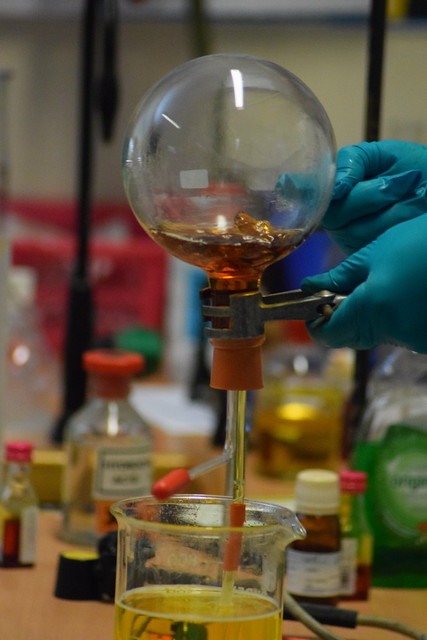