This summer Framlingham Drama went to Moscow, Russia. The group was comprised of eight people including three year 13 leavers an OF as well as Mrs Englert and I. We had been invited by the Moscow International Film school to take part in a cultural exchange with their students with the aim of putting on a production based around the legends of King Arthur and his knights of the round table. We also were offered the chance of sight-seeing in Moscow accompanied by our student guides and then, post production, to have the opportunity of visiting Veliky Novgorod and then St Petersburg over a period of four days. We took a seven-hour trip on the overnight train to Novgorod and returned from St Petersburg to Moscow on board a bullet train that got us back to the capital in under three hours.

Before we left many of the staff, family and friends thought we were mad going to Russia full stop. We certainly experienced a few hurdles on the way including the epic process of applying for a Russian visa and having to go to London for biometric identification purposes. After a puncture on the A12 and the fallout from a BA strike at Heathrow we flew into Moscow and that is when it really hit me. I climbed into a Russian taxi with seven Russian students and we drove for half an hour into Central Moscow. Moscow!

None of us could speak Russian either and we quickly realised upon arrival that this language barrier would create interesting and frankly quite comic conversation. Fortunately, we were going as the result of an invitation from the Lipman family who did know lots of English and acted as our translators. Olga Lipman is i/c Acting Lecturer at the Moscow International Film School and Joe Lipman was our Head Boy 2018/9. It’s who you know!

That evening we met out host families and took our separate ways on the glorious Metro to our designated homes. I was staying with Joe and his family as well as Mrs Englert right in the heart of Moscow. Our hosts were extremely generous; the food was incredible, all home cooked and delicious, and every meal finished with the offer of tea (because we were English) and a cornucopia of astonishing Russian sweets provided, ranging from delicious to downright weird.

The next morning, we were up bright and early for our first of five days at the Moscow International Film school. We took the Metro to the school and then encountered the first of many jaw-dropping moments. We walked into a room full of Russian Drama school students and the work began with a sharing of ideas on King Arthur and splitting into four performance groups. Over the week we had many fascinating debates about theatre in the East and West one in particular about gender blind casting which we were surprised to find that the Russians considered it controversial.

We were stunned with the way all the different creative departments were geared to work together to produce a high-quality production. We met Nikita, who was the head of music, and discussed the way he was going to work with students on preparing an orchestra to put together a live-performance soundtrack incorporating the specific demands of each piece in order to enhance the physical theatre and vocal work that would be going on in performance. A huge barn-sized room held costumes, sewing machines and ironing boards and people worked with directors to bring their ideas to life. A team of artists worked on the poster and

the set design, which included a medieval themed painting over the entire proscenium arch of the stage. Performance and set designers made life-size frames and a custom-built projector screen. Most impressive of all was that this was their summer holiday, and teachers, the principal and students were all throwing themselves into the work with enthusiasm and determination to put on an exquisite performance. In the mornings we would do a warm up for around an hour before splitting into groups, then in the late afternoons and evenings we would then embark on a cultural programme visiting all the key sites in Moscow with the Russian students acting as our tour guides.

On the first full day in Moscow we visited the Kremlin, met up with Joe’s grandmother, Tatiana, who told us moving personal stories about the rise, rule and fall of the Soviet Union. On other days we visited the Bolshoi theatre, the Chekov Theatre, Gogol’s House, Gorky Park, Stanislavsky’s home, GUM – the Russian equivalent of Harrods – and the house of KGB agents during the cold war just to name a few.

We put on our performance to around 250 people in the late afternoon on Sunday. In my group, we worked on Tennyson’s poem of ‘The Lady of Shallot’. I played Lancelot and enjoyed riding through the audience on a scooter to Tom Jones ‘Sex Bomb’. Each of the four performances displayed a varied array theatre including dance, dialogue and physical theatre.

After this, we took the overnight train to Veliky Novgorod where we did a workshop on making musical instruments out of the bark from the silver birch tree. In St Petersburg we stayed in a centrally-located hostel and visited different locations around the city from art galleries to museums to climbing onto rooftops that looked over the city at midnight, tattoo parlours in the backstreets as well as going to a restaurant that sold authentic Russian food and drink.

One highlight of the whole experience was the boat trip we took through the canals of St. Petersburg and out into the river Deva estuary. The weather was stunning, and it was so beautiful, with the buildings rich with history, passion and life. All in all, it was one of the most incredible trips I have ever been on. But it wouldn’t have been as wonderful as it was had it not been for the people I was with and the people I met. In the space of ten days I think we have all made lifelong friends who we will stay in touch with and sharing memories that we will hold forever.

Trips like this are a once in a lifetime opportunity and I cannot stress how much you need to take them. Framlingham College offers so many different opportunities like this Moscow excursion, or the Journey of self-discovery to Africa and the upcoming trip to India in 2021, as well as Hockey and Rugby tours to Europe and South Africa and the wonderful exchange programme which I was also lucky enough to go on. I have hardly begun on all the amazing things we did out there. So, if you have the chance to go on a trip like this, or any for that matter, I cannot stress enough how important it is to go.

Below are some of the photos. Enjoy! 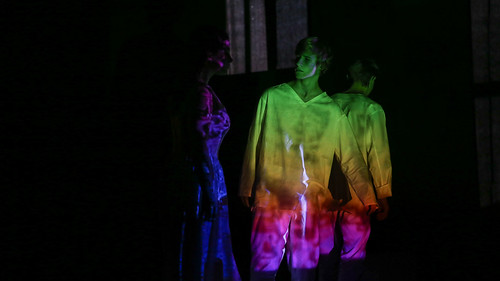