The Spring Concert took place in the Rowley Hall as usual and featured the main ensembles and singing groups. The Rock Bands didn’t perform this time as they will be having their own special ‘gig’ later in the term.

The concert started with Funky Monkeys and ‘Play that funky music’ with improvised solos from Joel Wells and Charlie Hall followed by ‘Hip to be Square’. They played with lots of enthusiasm and there was a real buzz in the hall. Next Junior vocals sung four songs two of which were in parts and ranged from the popular to more ‘classical’ in style but all conveyed with clarity and determination. The String group played three pieces and it was great to have more violas and a cellos to fill out the sound. Mr Rogers was disposed of at the end of the James Bond piece with unison pizzicato Gs.

Next up, Year 3 played their two pieces after a term and a half of practising in class music and played with a good sound and showed off their progress. Boys vocals [the most number of boys singing that ever I can remember] then sung a medley of songs by Queen. Year 4 cellos then showed their improved skills after learning how to play in class music and a warm and mostly tuneful couple of pieces were performed. The Ukulele group then played Zorba the Greek which was quite tricky and required some swift finger work from the 1st and 2nd players and a steady hand on the speed from all the others. Girls vocals sang three songs really well even if ‘My Heart Will Go On’ had a bit of a flutter in the middle! Lastly the Orchestra played ‘España Cañi’ followed but the Finale from Beethoven’s 5th Symphony. This was really solid and played with gusto by all members and it was clear that a lot of hard work had gone into this. All the groups played extremely well and there was much tangible pleasure emanating from both performers and audience alike. I was very pleased with everyone’s efforts and that so many pupils were involved. 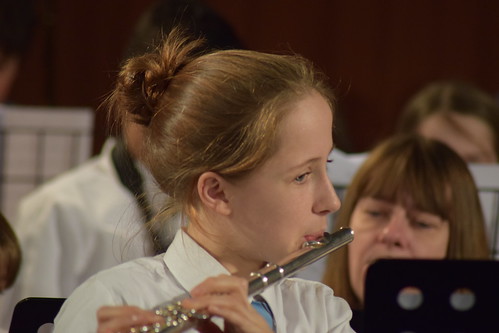