On 30 March 1918 Lt Gordon Flowerdew, an Old Framlinghamian (1894-99) born in Billingford Hall in Norfolk in 1885, led a cavalry charge of a squadron of the Canadian volunteer regiment, Lord Strathcona’s Horse, against two lines of German forces, with machine guns in the centre and flanks, at Moreuil Wood, near Amiens in north-west France.

The charge took the German position and held it briefly, at huge cost, with two thirds of the squadron dying or wounded. Lt Flowerdew was badly wounded in both thighs and died the next day. One month later he was posthumously awarded the Victoria Cross.

The UK Government as part of its First World War Centenary campaign, donated commemorative paving stones to be laid at the birth places of Victoria Cross recipients of the war. Three former pupils of Framlingham College won the highest honour valour in WWI. Two of them were at the College during the same five year period leading up to 1900. The commemorative stone for William Hewitt was laid at Copdock, Ipswich, on 17 September 2017. That for Gordon Flowerdew was laid on 10 April 2018 in the churchyard of the family church, St Leonard’s at Billingford.

The stone was laid by Her Majesty the Queen’s representative in Norfolk, Lord Lieutenant Mr Richard Jewson, supported by the High Sheriff of Norfolk and the Scole Parish Council Chairman Graham Moore. The service of commemoration was led by Canon Rev Nigel Tufnell.  Local resident and PCC member Sue Redgrave organised the highly successful event which was attended by some hundred people including Paul and Amanda Taylor and a fair number of OFs. Gordon’s great nephew Ray Flowerdew organised the exhibition in the church of photographs and diary entries.

Gordon Flowerdew was one of 15 siblings. Family members, Peter West and Honorary OF Neil Flowerdew spoke.  Neil had days before returned from organising a 40 strong Flowerdew family tour of the battlefield in France. A large number of those family members had met for the first time, a number coming from Canada, Zambia and the UK. Some 25 members of that tour attended the stone laying.

Sixty-five Canadian members of Lord Strathcona’s Horse regiment had re-enacted the cavalry charge “it’s a charge boys”, one week previously in France. Major Al Wong, and two warrant officers, attended the stone laying, bearing the original VC which had been on loan to the regiment from the Society of Old Framlinghamians and which was being returned by Major Wong to its place in Imperial War Museum.

Wreaths were laid by Peter West on behalf of the family and by John Ellerby, president of the Society of Old Framlinghamians.

Major Al Wong presented the College with a sabre that had been carried during the centennial commemoration of Lt Flowerdew’s charge at the Battle of Moreuil Wood to highlight the relationship between the College and Lord Strathcona’s Horse (Royal Canadians) regiment. It formed part of a trophy that is to be presented annually to the College Cadet who best demonstrates the most growth and improvement while completing the JNCO Cadet Course and whose endeavours have contributed to fostering esprit-de-corps within the CCF. The trophy was received by Paul Taylor. 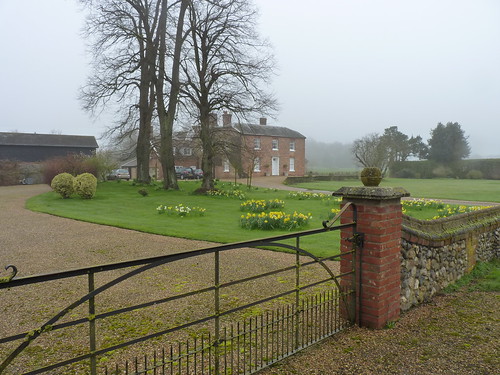