The U13 Girls were crowned IAPS National Hockey Champions at Millfield School in Somerset today.

The girls started the day well with wins against Dumpton School (Dorset), The Dragon (Oxfordshire), Ardingly (Sussex) and a draw with Gresham’s School (Norfolk) and won their group.

In the quarter finals and semi-finals they faced two of the strongest hockey schools in the country Foremarke and Dean Close, who like Framlingham had been playing some exceptional hockey. However despite going one down to Foremarke, the girls showed great resolve to come back and win 2-1. The semi-final was another great challenge in the shape of Dean Close from Gloucestershire, but again in a fantastic match the girls came out 2-0 winners.

This meant the national final was with Sherborne School, who had played some wonderful hockey all day. In an incredibly exciting and emotional final the Framlingham girls emerged 4-1 winners.

Coach Ed Marland said-“I am incredibly proud of how the girls played and it is testimony to both their incredible efforts and to the exceptional hockey programme that Jamie Kingstone runs at Framlingham College.” 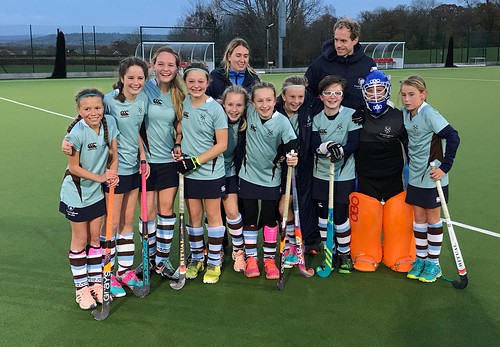