Over 1500 children representing 12 regions around the country competed at the Alexander Stadium, Birmingham.

The five athletes; Will Lamprell, Emma Williamson, Archie Shelley-Taylor, Phillip Considine and Ben Smart performed extremely well setting 3 new school records and finishing with a 4th place, a Bronze medal, 3 Silvers and a National Champion! This was a truly astonishing day from this group of amazingly talented athletes.

Archie Shelley-Taylor came 2nd in the U14 Discus with a school record breaking throw of 35.23m

Will Lamprell came second in the U14 Shot Putt with 11.81m and became National Champion by coming first in the U14 High Jump with a jump of 1.70m.

Congratulations to them all on what has been an amazing season. 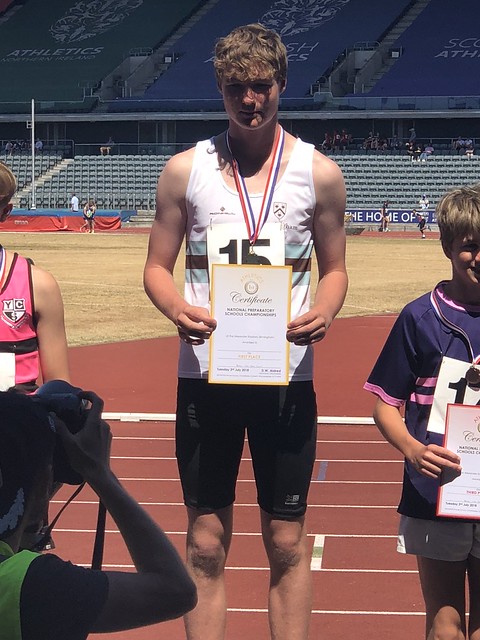