The Model United Nations (MUN) is an international debating competition in which participants take the role as ‘delegates’ of their given country and debate global political issues from the perspective of that country. For the MUNISH conference, where there were over 1,200 students from all around the world, we were given Côte d’Ivoire to represent and we were split into different councils to debate a range of different issues.

The issues we debated included: the political situation in Syria, implementing measures to prevent state-sponsored terrorism, tackling the opioid epidemic, the question of asymmetrical warfare and examining measures to protect endangered species. On a typical day, we would have debating time which was structured into two parts: lobbying and session. A session is a formal debate, while during lobbying you meet and find delegates with similar ideas to support your resolutions and policies. I was in the Security Council which tends to be for more experienced delegates, but everyone there was very supportive and helped me find my feet, so I could become an active part of the debates.

After a long day of fascinating debates there was also a range of activities in the evenings. On the first night, our host family took us out and showed us round The Hague, and on the second night there was the MUNISH party which was great fun. One of the best things about MUN is the range of amazing people you meet. I have kept in contact with students I met at the conference who come from many different countries such as Russia, Turkey, and Zambia.

While participating at MUN you stay with a host family. My host family (who had moved from Russia to Holland) were extremely welcoming to Niall and me. We had amazing conversations with them, such as, what it was like living in the Soviet Union leading up to 1991, as well as enjoying an amazing range of local Dutch and Russian dishes in their home.

I could not recommend MUN more highly; it is a hugely important opportunity within the school’s enrichment programme. It really helps to develop participants’ public speaking skills as well as their overall confidence, with the chance to make lasting international friendships.

“My favourite MUN moment was the feeling I got as I realised how important is the power of one’s voice and how one voice can make a change in the world. I loved the fact that my voice had some authority and was responsible for my country’s position, in a sense. I think that MUN gives us an opportunity to feel confident about our views.”

“The Security Council was definitely the most competitive debating group; there was a point where I thought the delegates from Netherlands and Ethiopia were going to get ejected from the room during the heated debates! However, there wasn’t a delegate who wasn’t able to contribute to the sessions, as the atmosphere was all-inclusive, enthusiastic and supportive.” 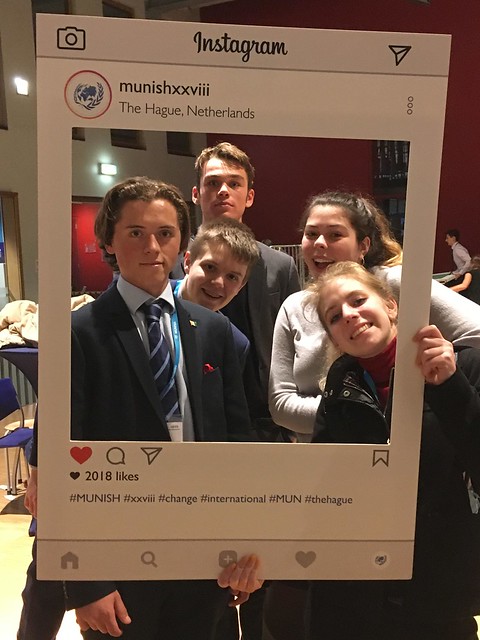