By: Jamie Kingstone, Assistant Director of Sport and Head of Hockey  |

Having overcome Oundle School 5-2 in a playoff match earlier in the year to secure their place at the National Finals, it was to be a long wait as the snow and freezing temperatures of last term put pay to the original tournament date. This young and exciting group of players had prepared well for an exciting day ahead at the newly laid home of Great Britain Hockey, Lee Valley, at the Olympic Park in London.

The first game saw the girls pit their wits against the physical Dean Close and although dominating possession for the majority of the match, they failed to create many meaningful chances with the opposition piling players around the ball to break up play and – as is so often the case – the West Champions edged the contest 1-0 with a well worked penalty corner goal. With two pool games left it was still all to play for, the girls needed to do no different than play the excellent hockey that they produced in their opening encounter.

The girls excelled against Kirkham Grammar School moving the ball with great speed and accuracy and opened the scoring through Anna Cogdell, who neatly went around the goalkeeper and slotted home from a tight angle. Another goal was quickly scored to ease the nerves and a spectacular flowing move was finished off by captain Georgie Gardens first time slap into the bottom corner to make it 3-0 at half time. The second half saw a chance to rest tiring legs and Kirkham managed to pull back one goal with a superb penalty corner move but the 3-1 win was an excellent display of hockey.

Kirkham Grammar beat Dean Close narrowly 1-0, meaning that their final pool match was in effect a semi-final with the winner securing a place in the final. Spirits were high among all the girls who were excited by the challenge that lay in front of them. The team started where they left off in the previous match and created a number of excellent chances to pick a brilliant carry from Georgie Gardens who then span back to her forehand side to smash the ball inches wide of the near post. St George’s then began to assert their quality on the game, and with teams needing to win it made for an exciting affair. At 1-0 down the second half was to be an all-out attack from Framlingham, it continued to be end-to-end, but again, St George’s capitalised on a counter attack to make it 2-0. The Framlingham girls continued to play and when Olivia Buchannan’s sterling run was halted by a defender illegally, it was left to Georgie Gardens to smash home the penalty corner and give a glimmer of hope but unfortunately it was not to be.

This really was a day to be very proud of. This team has made enormous strides – from losing their first match of the season 5-0 to more than matching the best that the Country has to offer – and it is testament to their work ethic and the quality of Hockey that Framlingham College is playing at the moment. 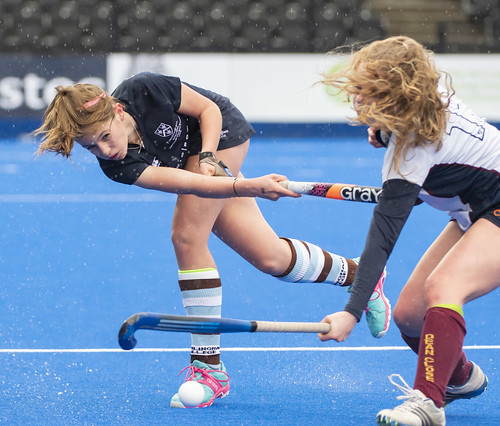