The last month has seen some outstanding performances for our athletes.

Just before half term, we travelled up to Gresham’s School for their 8-school athletics meet. Competitors from Year 5 to Year 8 took part in a range of track and field events. A huge array of personal bests (PB) were achieved and three new school records set by Emma Williamson (70m Hurdles), Will Lamprell (High Jump) and most notably, Archie Shelley-Taylor who broke the Discus record that has stood for 42 years!

Following the half-term break, 36 athletes headed to Bedford for the IAPS Regional Finals. All competitors gave their best against tough competition, the event now attracts 52 other schools from all over East Anglia, but over 70% of them achieved a PB. Beth Gardens (Year 6) ran a fantastic 1500m race to finish 3rd. However, once again, the day was dominated by our Year 8 pupils. Although not quite reaching his record-breaking throw, Archie won the U14 Discus. Emma had another excellent day on the track, coming second in both the U14 Hurdles and 300m, setting new school records in both. This time, it was Will’s turn to dominate the limelight. After comfortably winning his U14 Shot Putt, it was his High Jump that brought the stadium to a stand still as he not only broke the area record at 1.66m but went on to set a new personal best and new school record of 1.73m. All 3 of these athletes have qualified for the IAPS National Championships at Birmingham later in the term. They will be joined by the U14 Boys 4 x 100m Relay Team, consisting of Archie and Will, plus Philip Considine and Ben Smart. The boys won the tightly contested final in front of a grand stand of roaring fans!

The latest competition saw Archie, Will and Chichi Oduah travel to UEA Norwich to represent Suffolk at the Anglian Schools Athletics Championship. Archie and Will, competing a year young, put in valiant efforts in Discus and Shot Putt respectively. Will’s run of outstanding High Jump performances continued as he came second in the U15 event. Chichi managed to go one better, winning her Discus competition. They were joined by Olivia Buchanan, Atticus Ross and Toby Risebrow from the College. Olivia (Year 9) came 1st in the Javelin, Atticus (Year 12) came 5th in the High Jump and Toby (Year 13) came 1st in the Shot and 4th in the Javelin. We wait to hear whether any of these results lead to selection for the prestigious National Schools Championships in July.

Attentions now turn to the eagerly contested Inter-House Sports Day event on Saturday 30th June. This will be a chance to see not only our National Finalists but every pupil in Years 3-8 giving their best for their house. 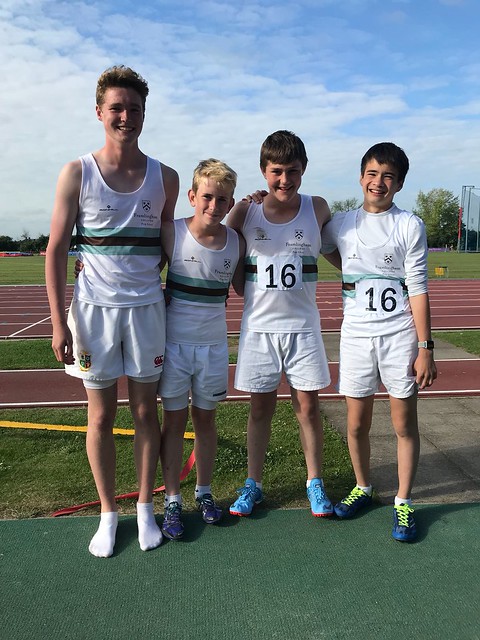