This year we celebrated the five year anniversary of the Year 4 residential trip to Blaxhall – a now much anticipated highlight!

The weather was very much kinder to us this year and we certainly made the most of it. We started the day with a good ‘yomp’ along the banks of the river Deben where we spotted everything from Marsh Harriers to dragonflies – no sign of the seal this year though. It has to be noted that the children were better at keeping their footing along the narrow and slippery footpath than the staff!

After a quick snack, we then took to a spot of intensive crabbing where fish-fingers proved to be the winning formula. We then created a ‘Crab Olympics’ by releasing them from the top of the beach – with ‘Usain Bite’ and ‘Mo Crabber’ ending up joint winners.

In the afternoon, we enjoyed both a picnic and a team den building challenge in Rendlesham Forest. The latter being keenly contested before the ‘gappies’ delivered their verdict. Year 4 teachers were particularly impressed with their collaboration skills.

It was then time for Blaxhall itself where the village green was a hubbub of village green games. Children also enjoyed exploring the hostel, and were quick to choose names for their dorms such as ‘The Pug Police’. Some sleep was had too… The children were an absolute pleasure to take away and I’m sure they will continue to do the school proud whilst away on future residential trips. 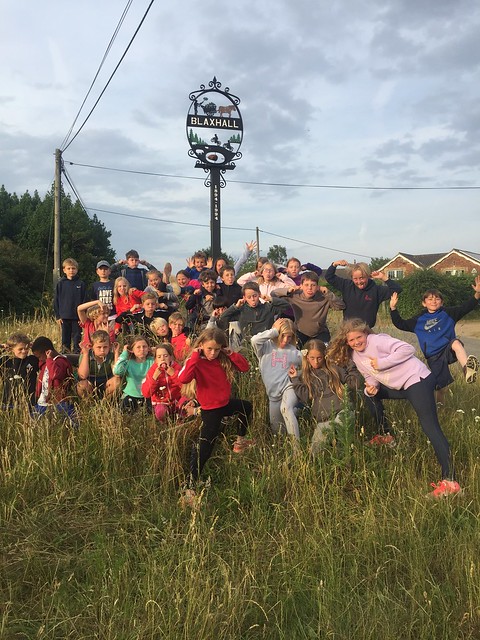