The Girls’ 1st XI followed up their Indoor National Silver Medal with a top four finish at the Outdoor Finals held in Nottingham after the snow put paid to the two-day event in London. The girls were naturally disappointed that they could not snatch the coveted gold that they have worked so tirelessly for, but hopefully in the days and weeks to come they will look back and be hugely proud of cementing themselves as one of the very best teams in the land. This group of girls has some so far in the past four years.

The tournament was to be a gruelling one with four, forty minute matches to be played in one day. It would come down to fine margins!

The day began with a fine performance against North Champions, St Peters York. Two goals in both halves secured a comfortable 4-0 win and a stepping-stone to the crucial pool match against Repton.  An early goal was conceded from a turnover in midfield and from then Repton sat back and soaked up the pressure that Framlingham desperately applied with a number of good attacks through the superb Georgie Cantrell and Hannah de Selincourt. The best chance fell to Abby Gooderham who ran onto a long aerial pass from Molly Redgrove but the scrambling Repton defence snuffed out the chance. The final score of 3-1 maybe did not reflect the game. The harsh reality of hockey is that when up against the best team in the country, you have to be at your very best to beat them and the girls did not quite manage their best on the day.

To pick themselves and fight for bronze was an easy thing to say and a much harder thing to do and they laboured to a 2-1 win against an incredibly physical and ‘route one’ Dean Close team. Georgie Cantrell scored two excellent and decisive goals – not bad for a 15 year old still in Year 10!

The win would set up a bronze medal match against Millfield who had also narrowly missed a place in the final having lost to Cranleigh in their pool. The game was a very even affair until a deflected shot flew over Coral into the goal and gave Millfield the lead. As the girls pushed for the equaliser, tired legs took their toll and another late goal was conceded meaning a 2-0 loss and the crown of 4th place in the Country.

More photos from the day are available here: 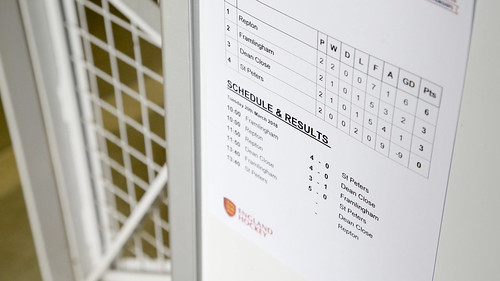